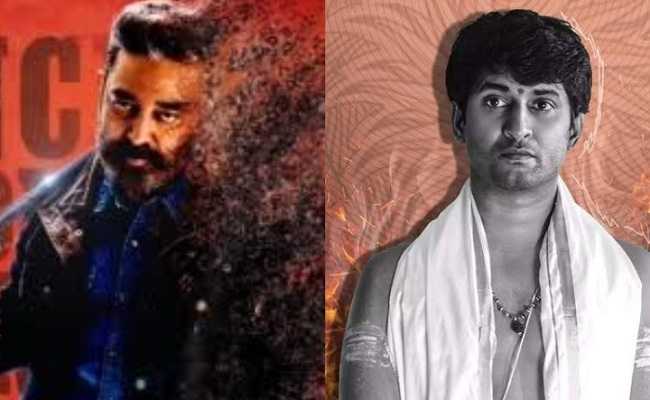 1. Ante Sundaraniki: This most anticipated film failed to create magic at the box office. The openings were not as expected for this kind of film.

The first three days collection didn’t even cross Rs 10 Cr-Share as per the trade reports. The film opened with Rs 3.6 Cr on the first day and eventually slowed down.

This is indeed a big alarm bell for Nani’s theatrical market. This film is directed by Vivek Athreya with Nani and Nazriya in lead roles.

2. Vikram: The film is still running in theaters and has stepped into the profit zone.

The neao style in making and the new age editing made the film appealing to the young audience who made it a huge hit in spite of a last generation hero Kamal Hasan playing the lead.

This is in fact a lesson to the film directors to know what exactly the audience of today’s generation needs.

The film is directed by Lokesh Kanagaraj with Kamal Hasan, Vijay Sethupathi and Fahad Fazil in lead roles.

3. Major: This Adivi Sesh’s film based on the life of Major Sundeep Unnikrishnan fared well at the box office. The openings were good and the talk has been spread positively by all means.

Finally the film entered the profit zone which is a big sigh of relief for the sensible patriotic film makers.

The audience laurelled the film as a fitting tribute to the supreme sacrifice of Major Sundeep Unnikrishnan.

Adivi Sesh played the lead with Saiyee Manjrekar beside him. Sashi Kiran Thikka directed the film.

4.Jurassic World: This proves to be a surprise hit amidst several South Indian products. The young audience patronized the film and so it made its run in the multiplexes of the cities.

Frank Marshall bankrolled the film along with Patrick Crowley. Interestingly Steven Spielberg worked as Executive Producer of the film.

5.F3: The theatrical run of this film has slowed down as the summer vacations are concluded and the family audience who missed watching it in the first two weeks are now awaiting its OTT release to watch at home.

Venkatesh and Varun Tej played the main leads, while Tamanna and Mehreen stood out as the glamor queens on screen.

The film has a heavy star cast and on a whole it proved to be a comedy entertainer on the screen.