The 29-year-old star was one of some 1,400 kids who attended an open call for a role in the classic children’s TV show, and she and Demi, 29, were two who made the final cut.

In an interview with The Hollywood Reporter’s Awards Chatter podcast, the Look at Her Now singer explained, ‘Out of all those kids, they picked seven, and I happened to be one of them.’ 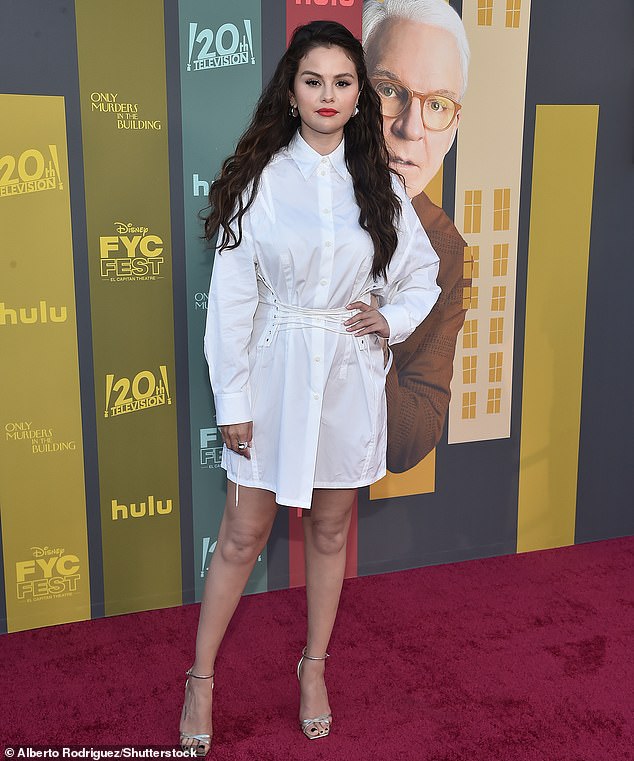 Never forget: Selena Gomez said she will ‘never forget’ meeting Demi Lovato at their first ‘Barney and Friends’ audition. The two future stars stood in line next to each other at the open call 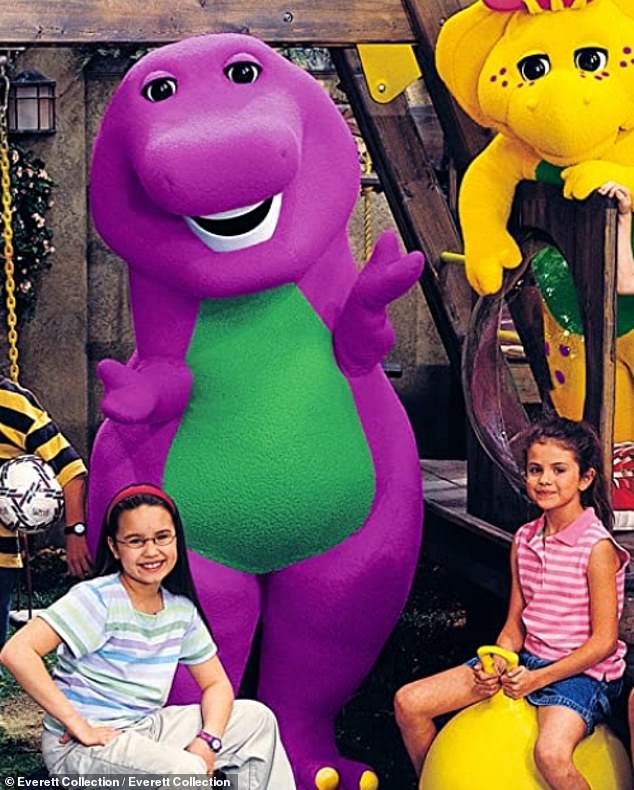 Castmates: The two 29-year-olds were castmates on the classic children’s show starring purple dinosaur Barney from 2002 to 2004. They beat out 1400 others to be win parts as seven new cast members

‘The wildest part of that story,’ she added, ‘is that she was actually the girl standing in front of me. I remember she had a red bow on, I’ll never forget it… I just thought the world of her,’ added Gomez.

‘After we got the part, we didn’t know if the other one did. And we just had this, like, mini meeting when we saw each other.’

The two stars, who accompanied the purple dinosaur on his small screen adventures from 2002 to 2004 have drifted apart of the years, and Demi previously admitted while the two remained supportive of each other, they are ‘not friends.’ 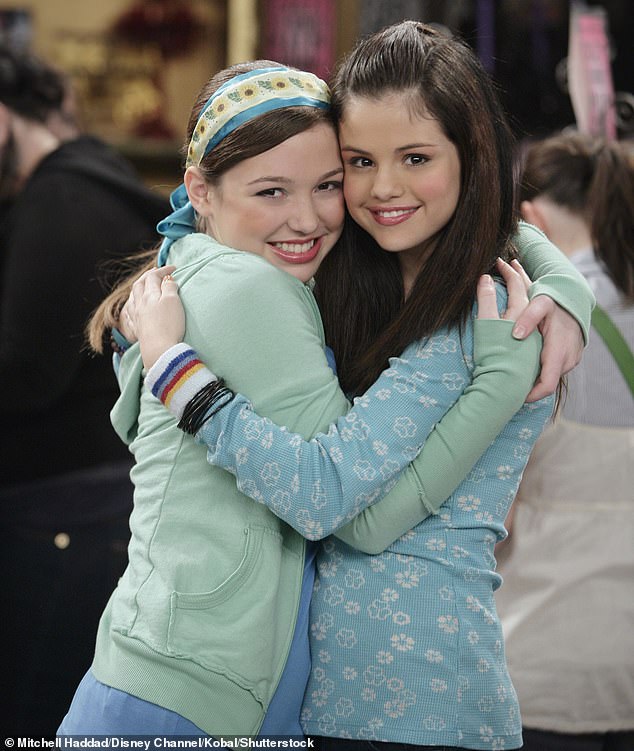 Magic: After leaving the children’s show, the Ice Cream singer was a standout on the Disney channel show Wizards of Waverly Place from 2007-2012. Seen here with co-star Jennifer Stone 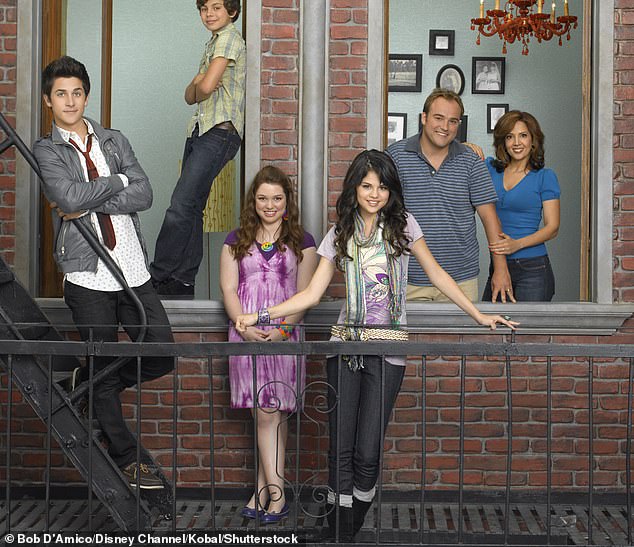 Launching pad: The Disney show served as a launching pad for Selena’s musical career. She released her first single, Falling Down, in 2009

In 2020, the Confident singer, who uses the pronouns they/them said, ‘When you grow up with somebody, you’re always going to have love for them… I will always have love for her, and I wish everybody nothing but the best.’

After leaving the Texas-based Barney, Selena moved to Los Angeles and starred in the Disney Channel’s Wizards Of Waverley Place from 2007 to 2012.

She used her popularity from the show to launch her singing career, releasing her first single Falling Down with the band The Scene in 2009. 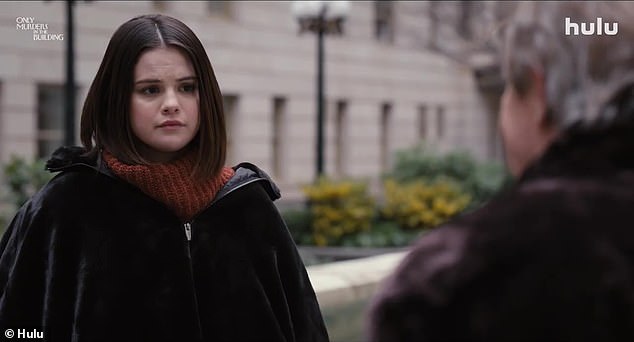 Fans can see Selena in season two of her hit comedy Only Murders in the Building, when it debuts on Hulu June 28.

The Millennial admitted she has learned a lot from her co-stars Martin Short, 72, and Steve Martin, 76, especially when it comes to her ‘expectation for a man.’

‘Being around two adult gentlemen — because that’s what they are, they are very sweet and kind and hilarious and inappropriate sometimes and it’s the best — I just learned so much.’ 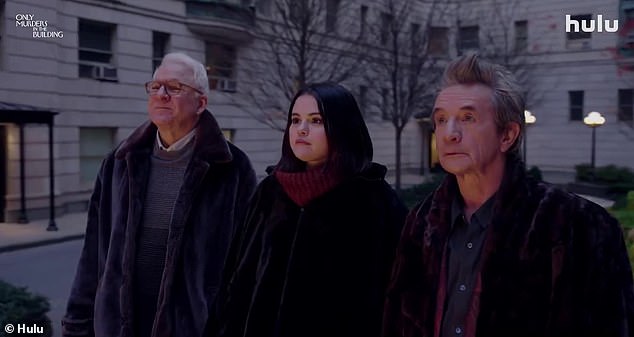 Learned a lot: The Millennial admitted she has learned a lot from her co-stars Martin Short, 72, and Steve Martin, 76, especially when it comes to her ‘expectation for a man’ 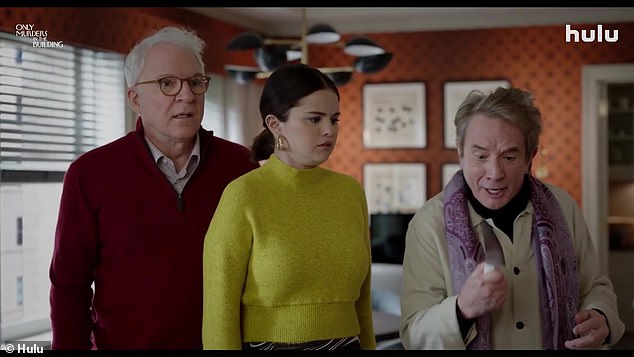 Gentlemen: Selena describes he co-stars as ‘gentlemen,’ who are very sweet and kind and hilarious and inappropriate sometimes’, adding, ‘it’s the best’

‘And my expectation for a man, to be honest, or any human, is to be as decent as these two human beings are. They have been doing this longer than I’ve been alive, and they are the kindest people.’

She also teased the idea that her career as a TV sleuth may not be coming to an end anytime soon.

‘I finished season two, I did my cooking show, and now I’m gonna be in the studio until season three. So basically we’re going to be just working on new music.’